Request A Call Back ▾
Send An Online Enquiry ▾ 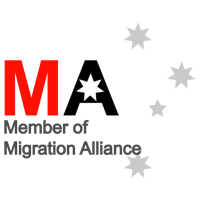 The OMARA is an essentially useless office that is part of the Department of Immigration and Border Protection and I have told them so repeatedly. With the stroke of a pen the minister can terminate them all as easily as s/he can terminate a perfectly valid visa application. The OMARA can do nothing about unregistered agents overseas or parliamentarians or DIBP officers who give often incorrect, migration advice in Australia, or education agents who give catastrophically incorrect migration advice under the table. About all the OMARA can do, having received a complaint, is haul a registered migration agent over the coals - after the event. They cannot order repayment of money lost. They can do nothing when the minister (The Terminator) changes the rules in the middle of the game or one of his delegates or ‘designated authorities’ bungles your case. By the way, the ‘average fee’ misinformation published by the OMARA is just that.